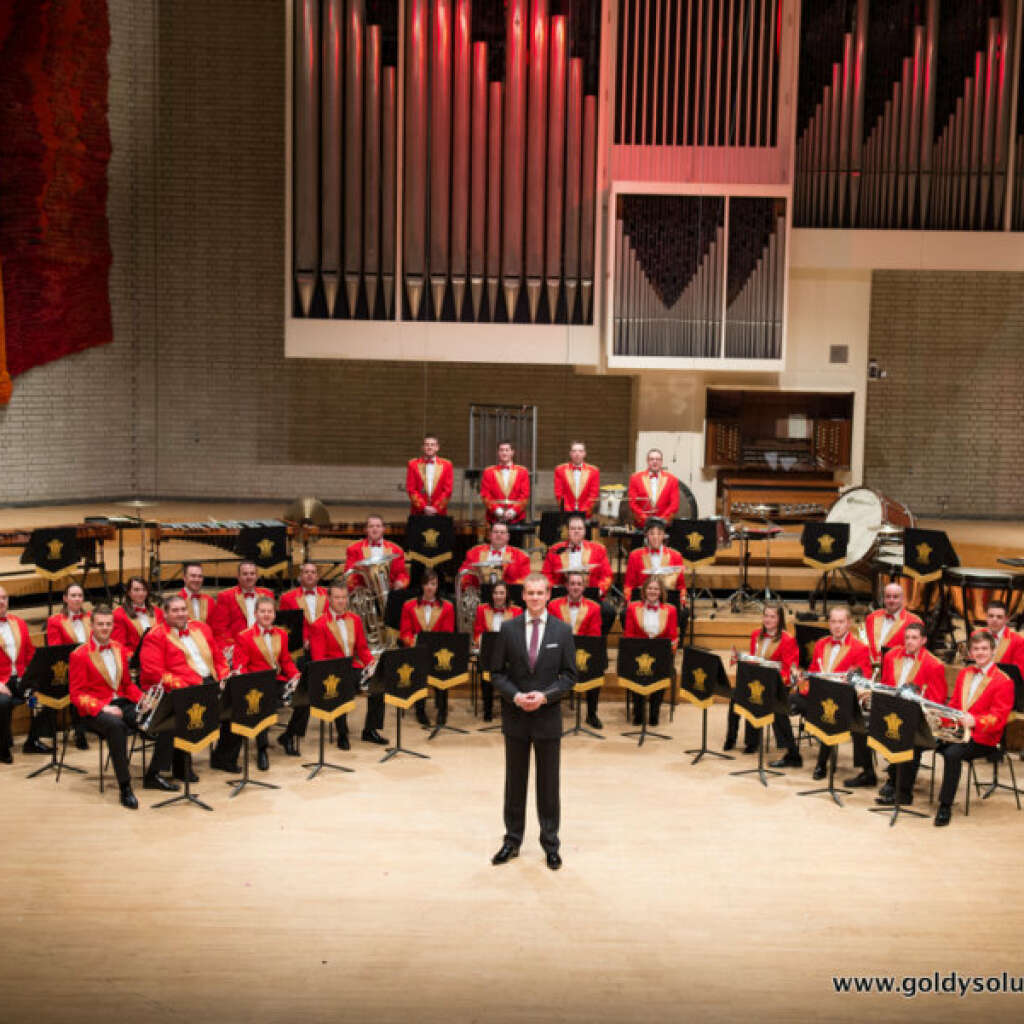 Very little is known about the ‘Ton Temperance Band’ and its conductor Mr.

John Treharne. There is only one surviving photograph of the Band. It was taken outside Ystrad railway station. The actual date the Band was formed is not known, however records show that initially, rehearsals took place in a draughty shed behind the Blacksmith’s shop in Gelli. The Band later moved to a large building in Ton Pentre. The ‘Ton Temperance Band’ was a competitive band and although records show that they did not realise any premier honours at major competitions in South Wales, they were listed as prizewinners at several local competitions.

In 1895, the ‘Ton Temperance Band’ was invited to play at the official opening of Gelli Colliery Library in Ystrad. Sir Clifford Cory, the highly influential son of John Cory performed the ceremony. He was so impressed by the standard of the Band’s performance that he offered to provide financial assistance and provide suitable employment to enable the Band to engage a first class conductor. The ‘Ton Temperance Band’ changed its name to reflect the generous financial assistance from Sir Clifford Cory and his family business, ‘Cory Brothers’. Consequently, from 1895, the Band became known as ‘Cory Workmen’s Band’.

John Bailey became the band's MD in around 1896. Under Bailey’s guidance, the Cory Workmen’s Band started to cultivate their reputation locally in South Wales, achieving a number of Second Class contest victories. Bailey was also an accomplished composer and wrote the Band’s signature march ‘The Singer’.

Following Bailey’s death in 1912, J. G. Dobbing of Birkenhead was the next professional conductor to be employed by the Band. During Dobbing’s 27 years as conductor between 1912 and 1939, (thereby making him the longest serving conductor in the Cory Band’s 125 year history).

He soon secured First Class (now Championship Section) status and in so doing amassed many contest prizes. Successes gained under his baton were as follows:-

79 First, 36 Second, 19 Third and 5 Fourth prizes. Numerous trophies were won, together with 36 Gold Medals. Many premier honours, including: Welsh National Eisteddfod Winners at Treorchy, 1928; at Liverpool, both the Open and Welsh Sections in 1929; and then at Neath, were also gained. A much coveted 2nd prize was won by the Band at the Spring Festival, Belle Vue, Manchester in 1930.In Cardiff on 19th July 1923, the Cory Workmen’s Band also took part in what is believed to have been the first radio broadcast of a Brass Band. By the mid 1950’s Cory Band had notched up an impressive two hundred and fifty (250) BBC Broadcasts. Mr Dobbing had conducted the Cory Band in many of these.

In April 1940, Dobbing was succeeded by Redvers Little. Redvers who was popularly known as Reg, started his banding career in 1915 with Dalton Town Band, progressively developing his experience with the famous Gwaun Cae Gurwen, Creswell Colliery and Barrow Shipyard Bands. He formed a Junior Band at Swanwick Collieries in 1935, subsequently attending eleven contests, winning nine of them. Reg continued his winning ways, when he was appointed to conduct Cory Workmen’s Silver Band, by winning a host of local contests, most notably the Welsh Regional Championships in 1941, 1943 and 1945.

The appointment of Walter B Hargreaves in 1946 proved to be the catalyst to place the Cory name firmly on the National platform of contesting success.

It was under the charismatic leadership of Hargreaves that Cory enjoyed, what was at that time, their most successful spell of contest success. In 1950, on his first ever appearance with the Band at the Open contest held at Belle Vue, Manchester, Hargreaves led the Band to another superb second prize-winning performance of Eric Ball’s Resurgam; the highest placing ever achieved by a Welsh band at this historically prestigious contest. The magnitude of this achievement is highlighted by the fact that it would be another fifty years before a non-English band would surpass second prize, when Cory won the title outright in 2000.

Major H.A. Kenney was appointed conductor in 1970 and had an immediate impact. Under his direction the band achieved the long-helf goal of finally winning a Major in 1974 at the National Championships. This partnership repeated this feat in 1982, 83 & 84.

In the middle of this period, Denzil Stephens led the band to it's first ever European title in 1980.

Robert Childs became MD in 2000 and immediately made an impact. During that year they won both the British Open and the National Championships and made history in taking the British Open Shield home to Wales for the first time in the contest’s 148-year history. This triumph was repeated in 2002, 2007, 2009 and 2011 when the band won their fourth British Open title. In 2008, 2009 and 2010 the band achieved a historic hat-trick of European Brass Band Champion titles.

The Cory Band has also developed musically outside of the contest field. In 2001, together with the BBC National Orchestra of Wales they were appointed as resident ensemble to the Royal Welsh College of Music and Drama, and in the same year appointed Dr John Pickard as their 'Composer in Residence'. John Pickard’s tenure with the band ended in July 2005 when the band made history giving the première performance of his Gaia Symphony at the prestigious Cheltenham

International Festival. The Symphony was broadcast live on Radio 3, and lasting over an hour in duration, it is currently the largest scale original work in the repertory.

The band is dedicated to new music, raising the profile of the brass band genre and keeping music alive in Wales. They have an active commissioning policy and have performed works by my many of Britain’s leading composers; John McCabe, Judith Bingham, Elgar Howarth, Edward Gregson, Alun Hoddinott, Karl Jenkins, Gareth Wood, David Bedford, as well as John Pickard to name but a few. The band’s current ‘Composer in Residence’ is Welshman Gareth Wood.

In 2002 the band were selected to play for the Queen’s Jubilee celebrations and have since performed in many of the world’s finest concert venues including the Grieg Hall, Stravinsky Hall, the Royal Albert Hall, Birmingham’s Symphony Hall and the Amsterdam's Concertgebouw. In 2003 they performed with the Royal Philharmonic Orchestra at the Last Night of the Welsh Proms and were more recently featured during the opening celebrations of the new Welsh Millennium Centre.

Philip Harper was appointed MD in June 2012. This new partnership quickly matured into a formidable musical and contesting partnership, with 3rd placings at the Open and National Championships, along with us regaining the Brass In Concert title in November 2012.

2013 saw the band regain the European title, undertook a 10-concert tour of Australia and become the Champion Band of Great Britain at the Royal Albert Hall.

The Cory Band are recognised as one the Principality’s finest and most innovative music ensembles. Their numerous CD recordings and live concert performances have received worldwide acclaim.