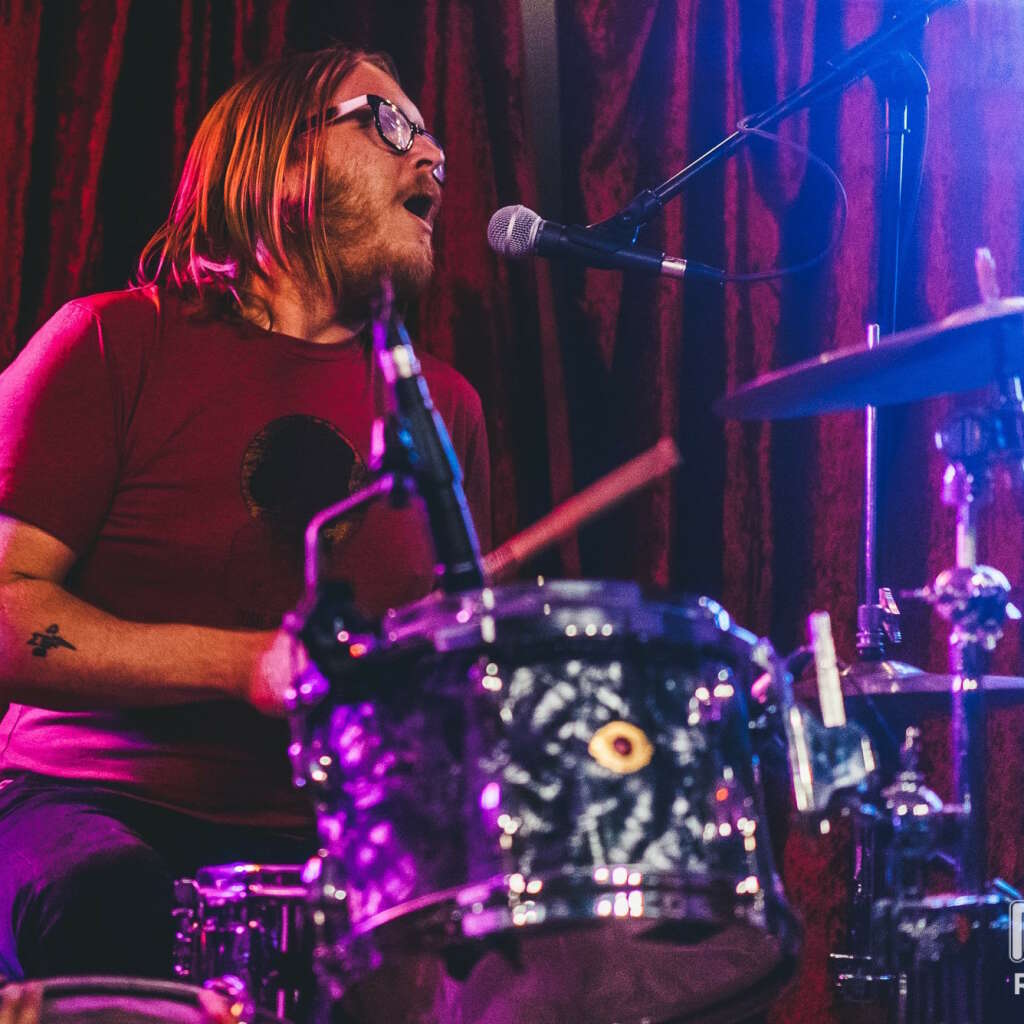 Danny Blanchard was raised in Merced, Ca. Though his original intention was to learn trumpet, he began playing drums when he was 11 through educational trickery (not knowing musical terminology and agreeing, after stating his intentions, to becoming a “percussionist”) He learned to embrace the instrument fully upon hearing and playing his rented snare and hi-hat along with the Eagle’s “Hotel California”.

After moving to LA at the age of 17 and playing with a multitude of bands, Blanchard went on his first tour with Let’s Go Sailing, which despite eventually being fired from, served to inspire a stronger commitment to the drums.

He moved to Austin, TX in 2008 and eventually found himself playing in Wiretree, with whom he toured Europe and China. In 2013 he was asked to join forces with Sweet Spirit (Nine Mile Records) and in 2017 A Giant Dog (Merge Records). He has been touring endlessly with both bands across the U.S. and Europe.

In the rare circumstance he finds himself not on tour, he works with local Austin label, Super Secret Records.