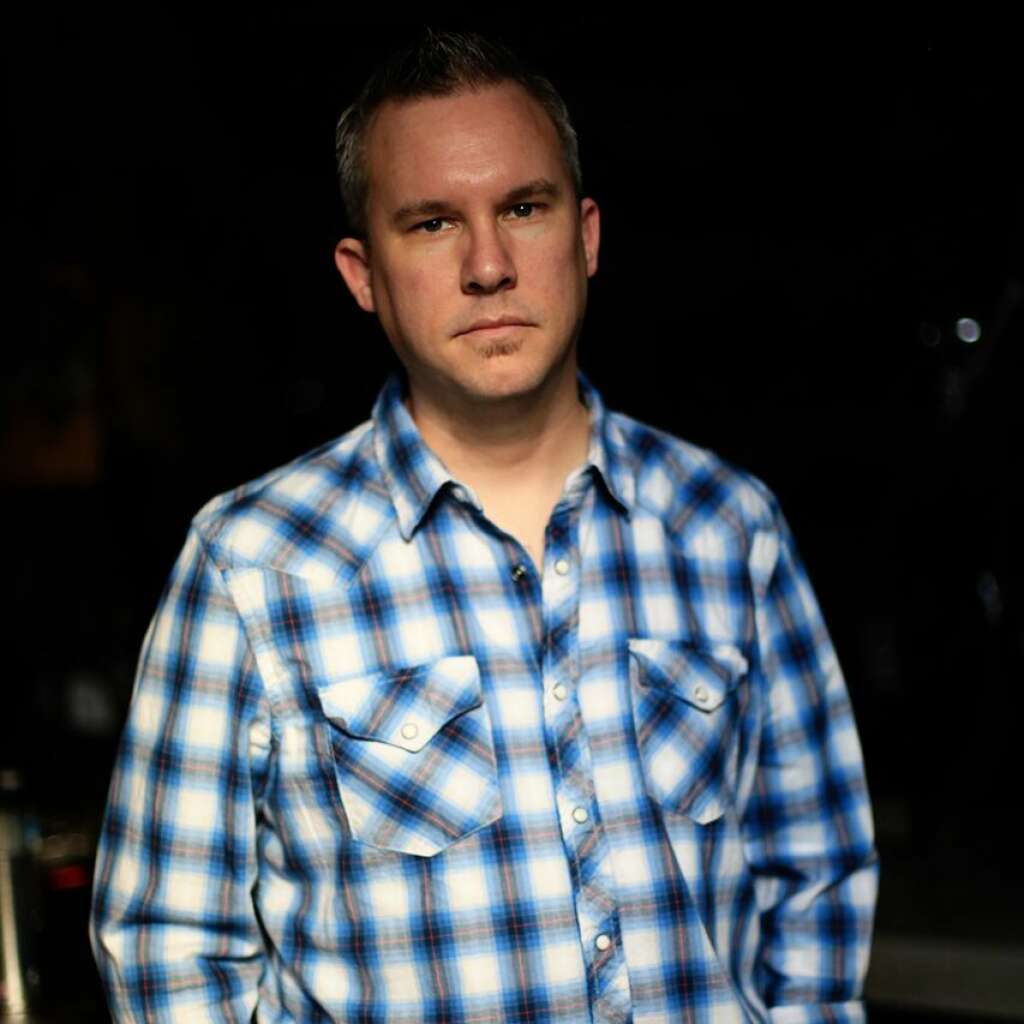 Jamie Eads has been a drummer since 1989. A native of Central Kentucky, Jamie caught the music bug at an early age.

Growing up in a home with a mammoth vinyl collection, having a brother thirteen years his senior (who just happened to be a college disc jockey,) and being rebellious by nature, Jamie couldn't escape rock 'n roll. When he discovered Motley Crue in 1985, the writing was on the wall. Once he witnessed Tommy Lee flying upside down while playing the drums, it was only a matter of time. Drumming took center-stage for Jamie in 1989 and he has never looked back. After thousands of hours in a hot garage jamming along to any cassette, record, or CD he could get his hands on, Jamie started forming his own garage bands by the age of 14. The first of these garage bands was Lancelot. The young men that formed that band in 1991 would have a major impact on Jamie's career throughout his life. Jamie moved to Memphis at age 19 and immersed himself into the city's eclectic music scene playing in every heavy metal to old-school Delta Blues band that he could find. This was a time to "pay dues," so to speak. When he returned home to Kentucky in 1997, he was reunited with his former Lancelot bandmates, forming the wildly popular band Funnel. After winning 100.1 WKQQšs prestigious Decent Exposure contest, Funnel released their debut album, Wide Open, in May 1998 to widespread national radio airplay. Funnel garnered major-label attention with the release of Wide Open. In the following years, Funnel shared the stage with dozens of national acts including, Peter Frampton, Goo Goo Dolls, Candlebox, Drivinš Nš Cryinš, Third Eye Blind and Dokken. Funnel played hundreds of shows throughout the region before disbanding in 2001. The members of Funnel (and their crew) remain Jamie's best friends to this day. After Funnel, Jamie spent several years in the critically-acclaimed Wheelhorse in support of their album Victrola For Sale. One of the only unsigned bands to ever be reviewed by RollingStone.com to this day, Wheelhorse narrowly missed the explosion of the now ubiquitous Americana movement. In the mid 2000s, Jamie joined one of Central Kentucky's busiest and well-known Americana bands, The Eric Cummins Band. After two successful albums, Mountain and Brand New Heartache, and the support cycles for those albums over the following eight years, Jamie is one of the most recognized drummers in Kentucky. As each successive chapter continues to unfold for Jamie, he remains dedicated to his passion for drumming and great music. On October 1, 2015, it was announced that he had officially joined No Fences, one of the premiere southern-rock bands in the Southeast. Jamie will be filling the drum throne for their soon to be released debut album and support tour in 2016. A self-described ęmeat and potatoes, groove-orientedė drummer, Jamie is capable of playing any style of music with comfort and grace. His sole interest is to play his chosen instrument as often as possible. Jamie is available for session work ranging from radio jingles, single song demos, to full album and support cycles. He is also available for one-off gigs within the Southeast and Midwest with appropriate notice. He resides in Georgetown, Kentucky with his wife and daughter. 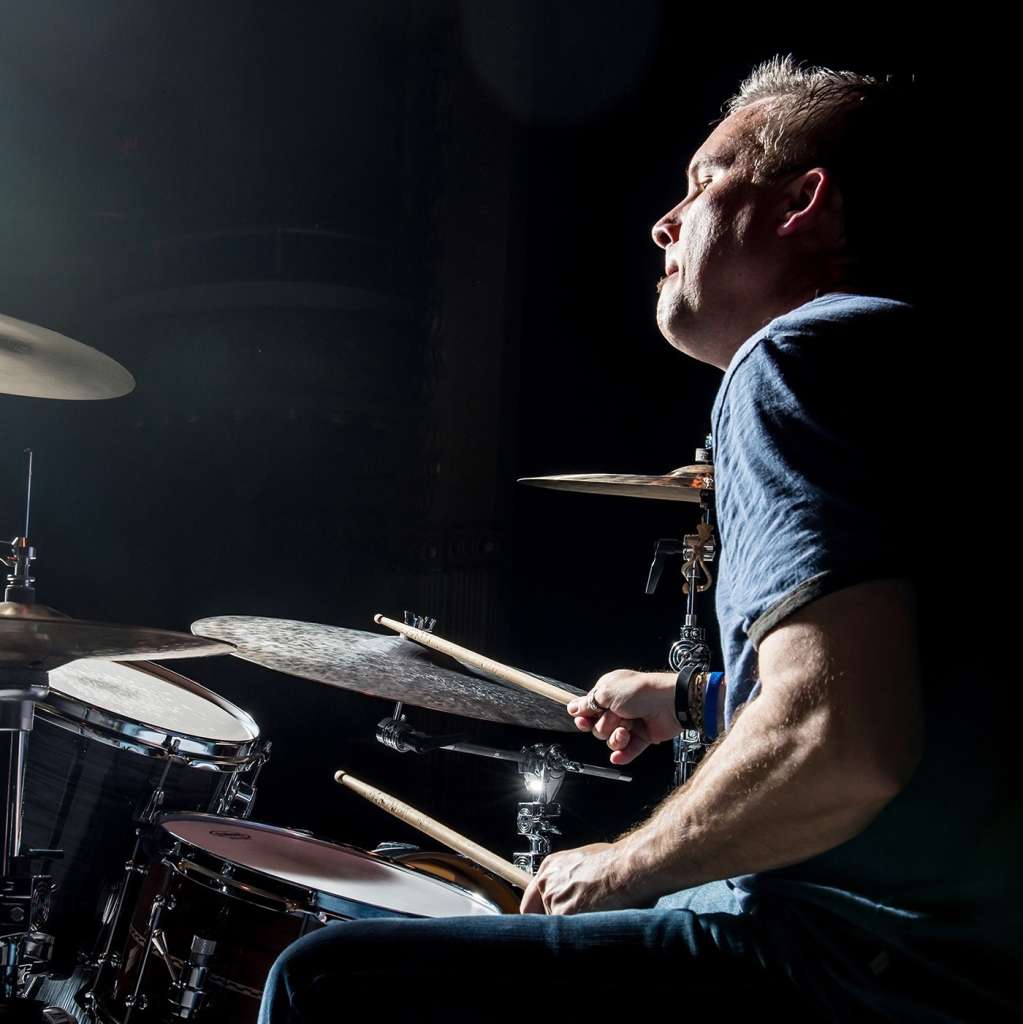 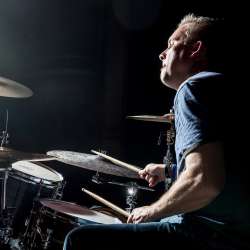 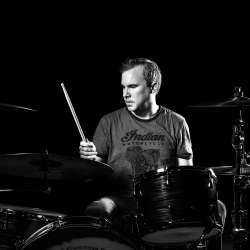 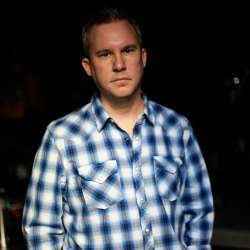